Weina Jin, a Ph.D. student in the Pain Studies Lab, was selected amongst a competitive group of HQPs (highly qualified personnel), as 1 of 18 recipients of AGE-WELL’s 3rd Annual EPIC Summer Institute (http://agewell-nce.ca/training/summerinstitute) in Banff, Alberta from June 18 – 22, 2018. AGE-WELL is a Canada-wide research network and National Centre of Excellence (NCE).

The theme of this year’s AGE-WELL Summer Institute was “Co-Creating Possibilities: Leisure, Recreation, and Wellness – Opportunities for Engaging the Older Adult”. In this one-week project-based learning experience, multidisciplinary teams worked through a design process, from problem definition to brainstorming solutions, developing business models and knowledge mobilization plans, to successfully pitching the projects.

Weina and her team created a project to increase seniors’ engagement in a variety of activities. They designed a mobile app they named “PlayWell.” It recommends engaging activities for newly-retired populations to fight against boredom. During the development of the projects, the team received mentorship from AGE-WELL members about defining a problem definition with stakeholders, designing a business model and developing a market strategy. 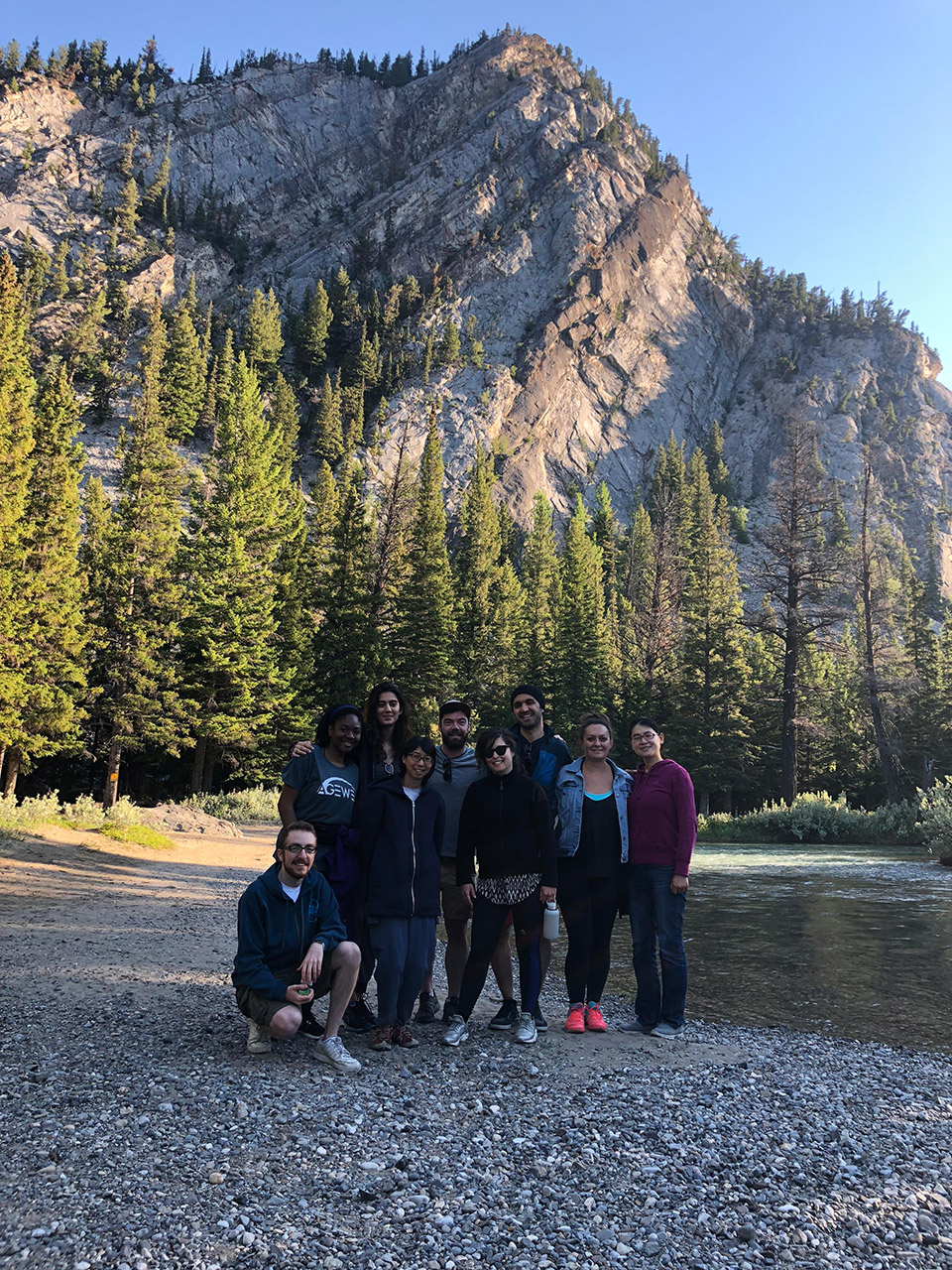 By painstudieslab | Awards, Other News 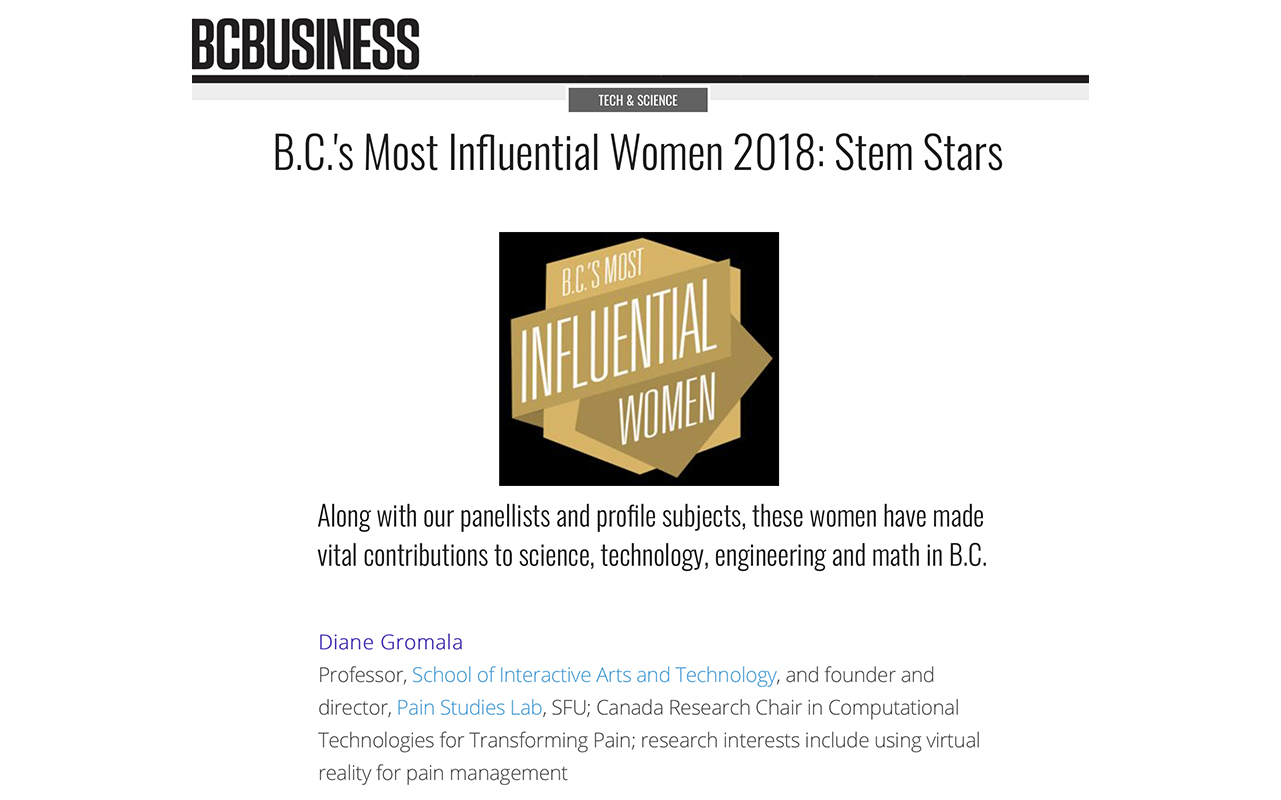 The story can be found here: https://www.bcbusiness.ca/BCs-Most-Influential-Women-2018-Stem-Stars

The SFU Research team have combined their expertise across the disciplines of engineering, neuroscience, wearable technology, and health technology innovations to address the issue of addiction recovery.

They were among six teams invited to pitch at the Shark-Tank-like event after being shortlisted from more than 30 entries. They were awarded the grand prize, as voted by judges from diverse backgrounds encompassing medicine, business and technology innovation.

Stanford, recently named for the third year the world’s most innovative university (by United Press International), held the competition as part of its annual Innovations in Psychiatry and Behavioral Health conference, on the theme of Virtual Reality and Behavior Change. The event focused on how virtual and augmented reality technologies are transforming lives, and this year focused on possibilities in mental health care. 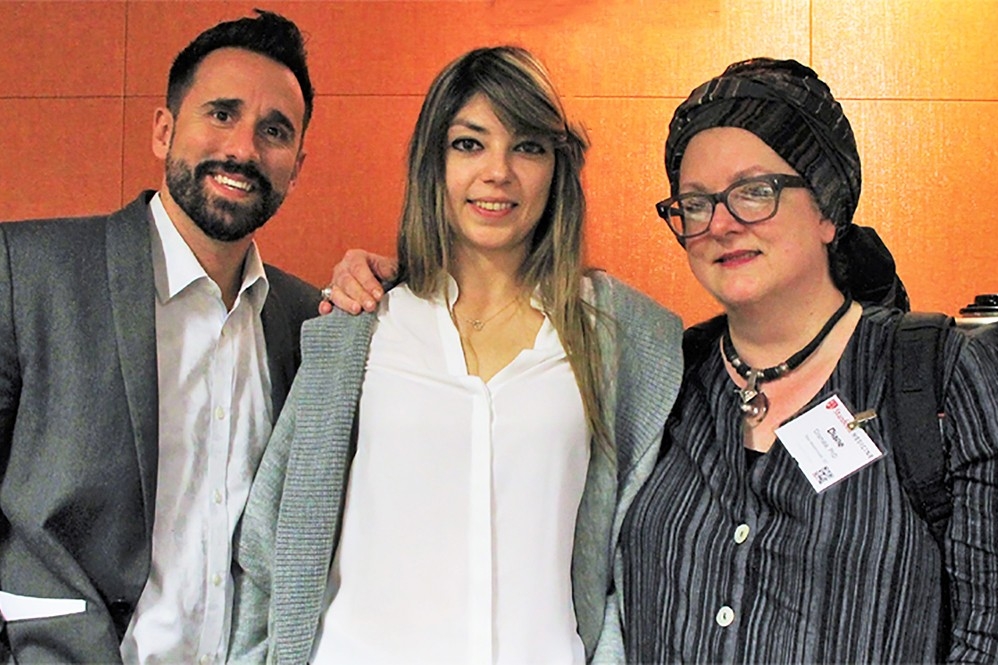 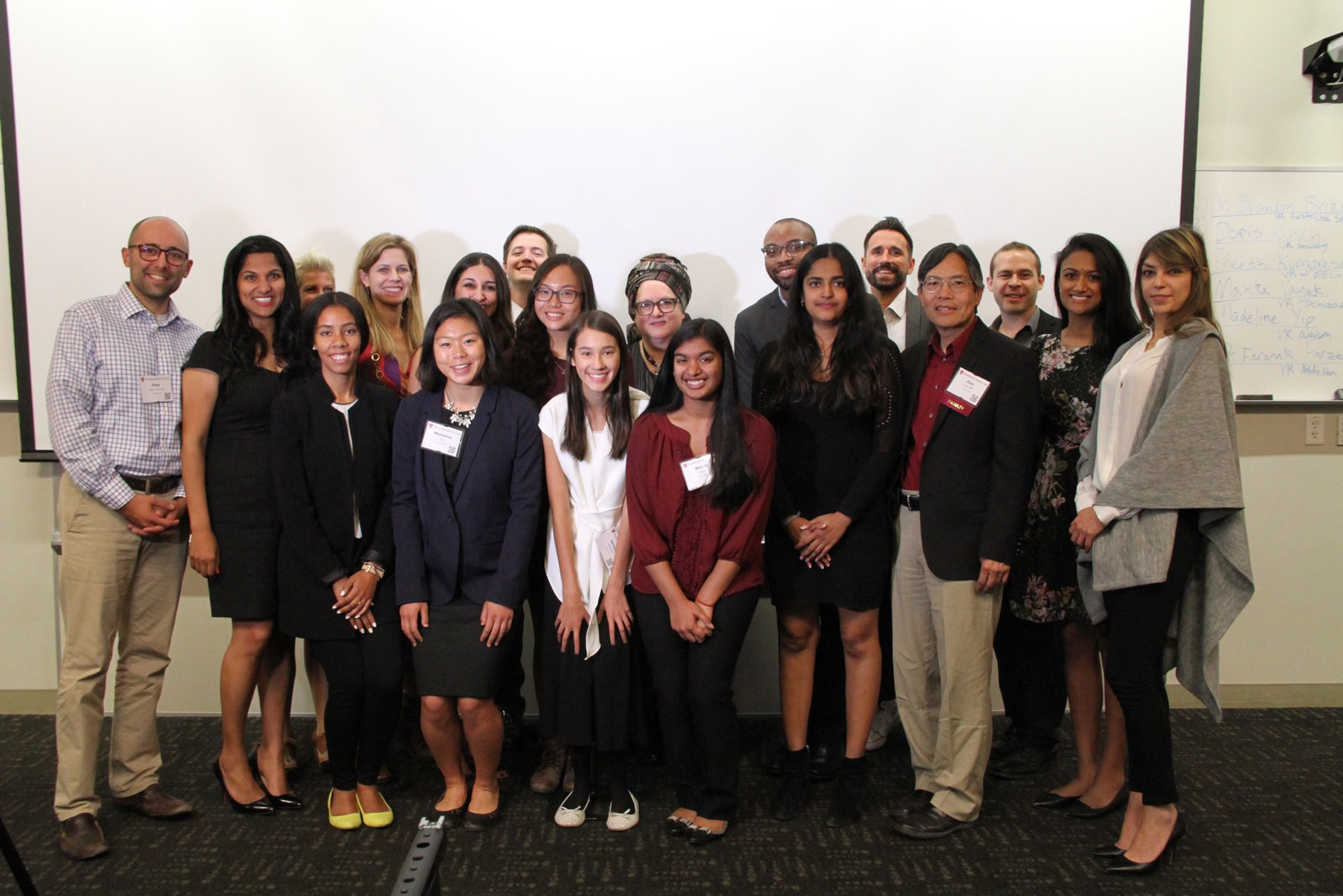 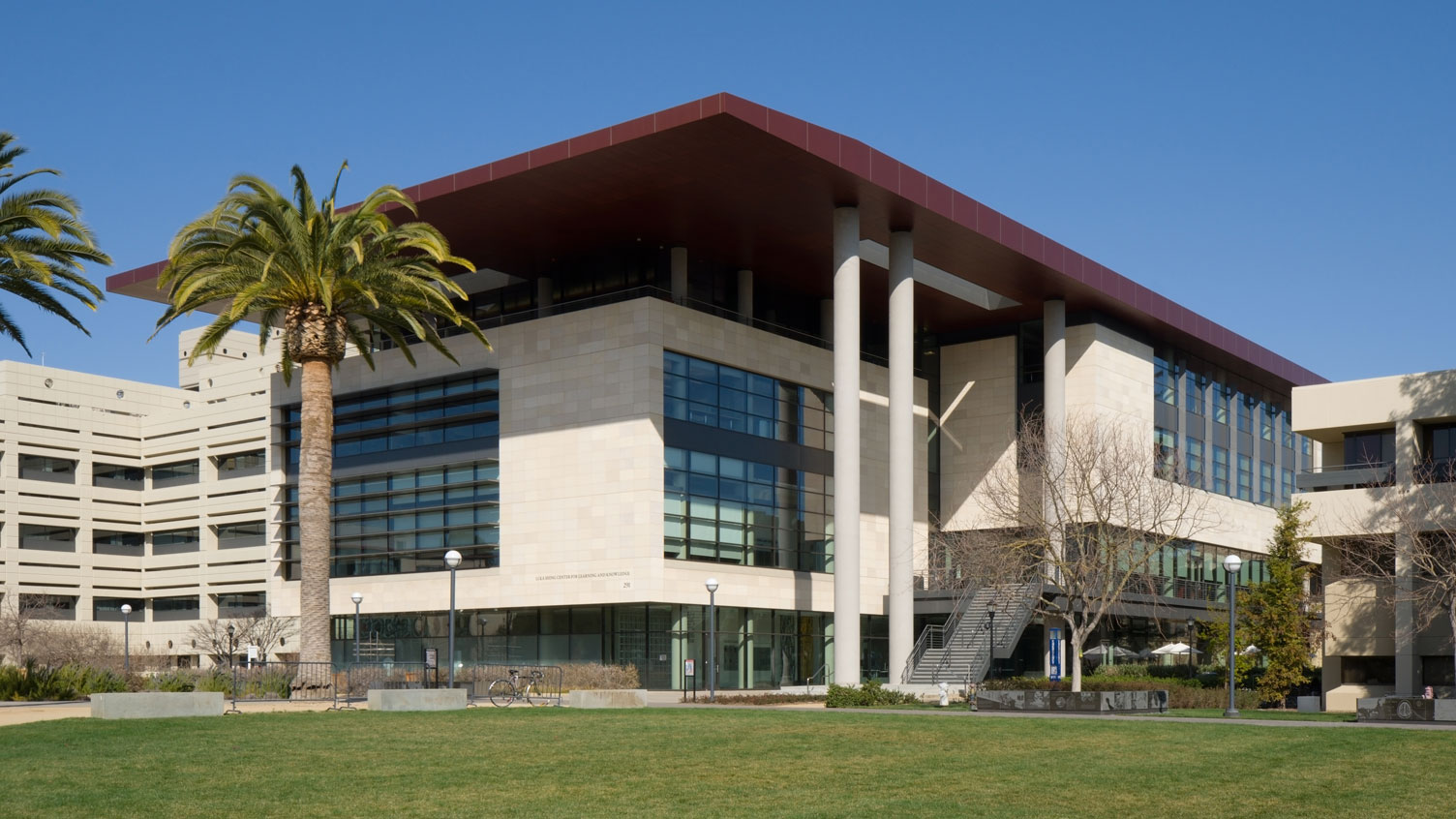 You may read about it more in detail here: https://www.sfu.ca/sfunews/stories/2017/10/research-team-lands-best-pitch-at-stanfords-vr-brainstorm-lab.html 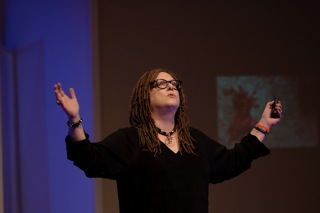 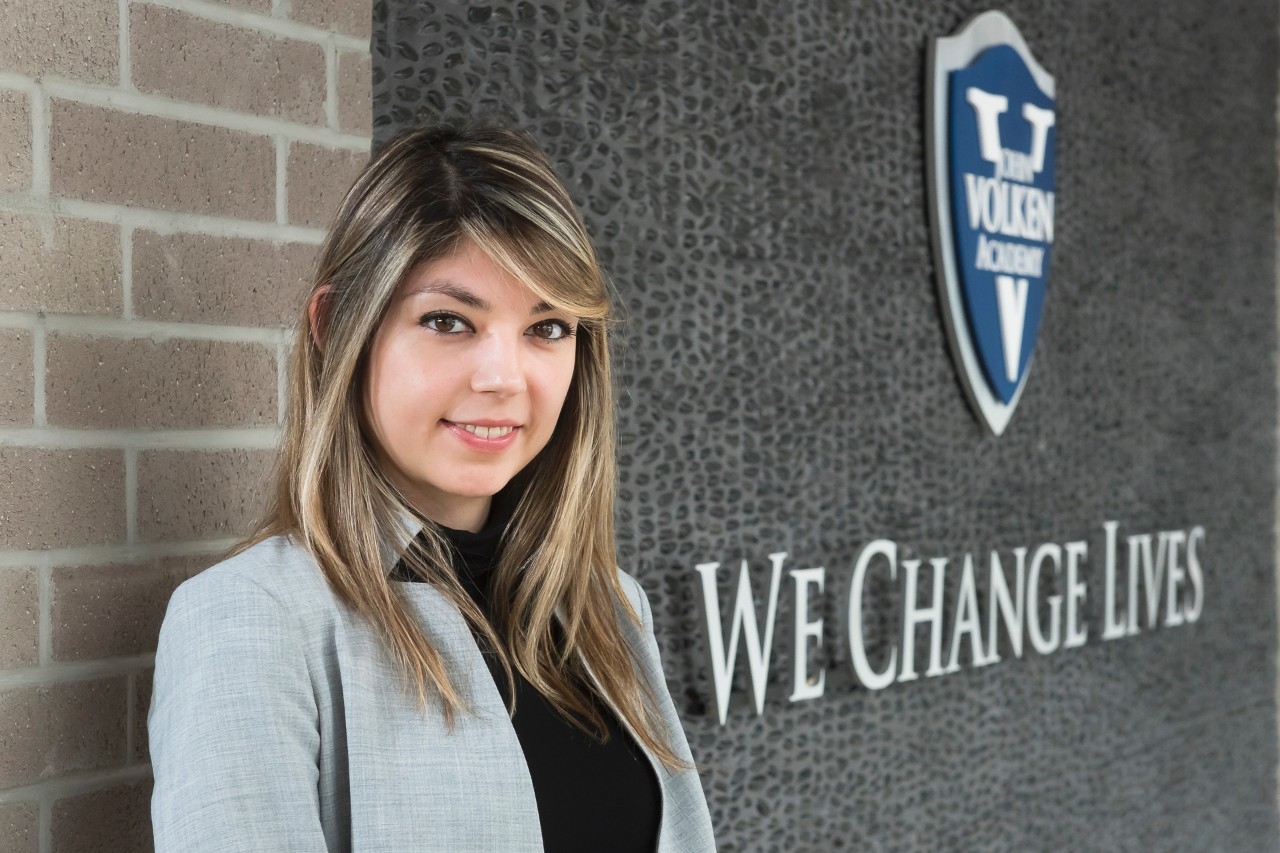 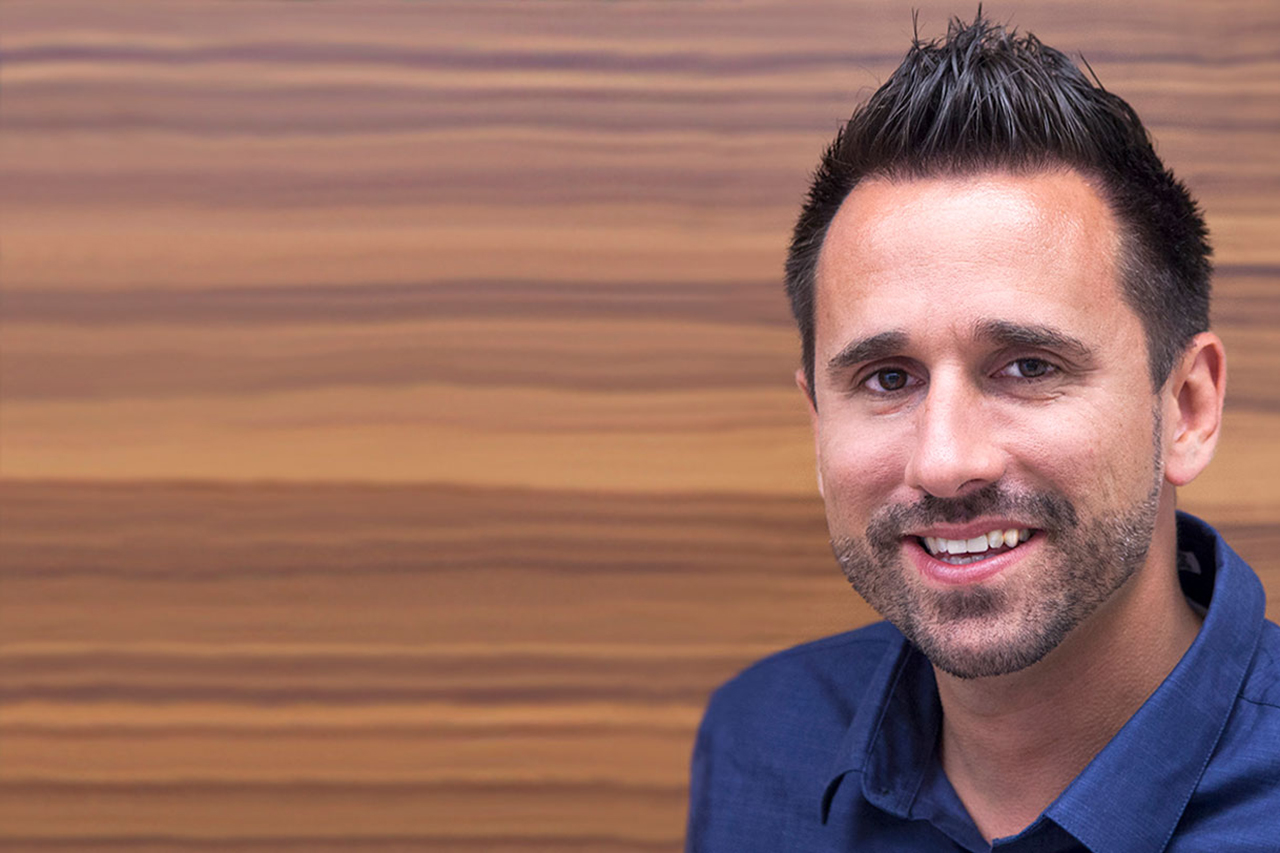 Janice Ng and Henry Lo, two of SIAT’s undergraduate students were named the “Top 25 Under 25” by Surrey’s Board of Trade on April 20th 2017. They received their awards at the 7th annual City of Surrey event which celebrated “the incredible initiatives of Surrey’s youth 25 years old or younger.”

The research from Farmooo will also be featured as a “Hot Topic” at the Canadian Pain Society’s (CPS) Annual Scientific Conference in Halifax in May.

PhD student, Mark Nazemi was recently awarded the McQuarrie Hunter Graduate Student Scholarship for his chronic pain research. This is the first time that the award was offered at Simon Fraser University for funding research in chronic pain.

With the grant, the pain lab has now received research recognition and support from all of Canadas major grant-awarding bodies NSERC, the Social Sciences and Humanities Research Council (SSHRC), the Canadian Institute of Health Research (CIHR) and the National Research Council (NRC).